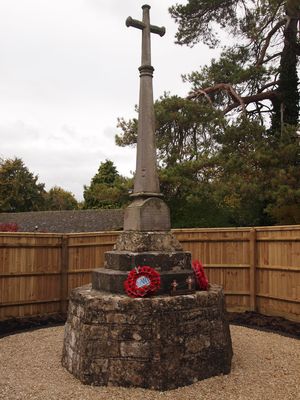 Great Coxwell War Memorial
​Almost 2 years had passed since the end of the Great War when the villagers of Great Coxwell gathered to remember those that had been lost. By 2 pm on Sunday October 31st 1920, the early fog and mist had cleared and the afternoon proved to be sunny and warm.

The dedication was described the following week in the local paper, The Faringdon Advertiser;

“A large company of parishioners and others assembled at Great Coxwell on Sunday afternoon, when an impressive ceremony took place in the unveiling and dedication of the War Memorial which has been erected to the six men of the village who lost their lives in the Great War.” 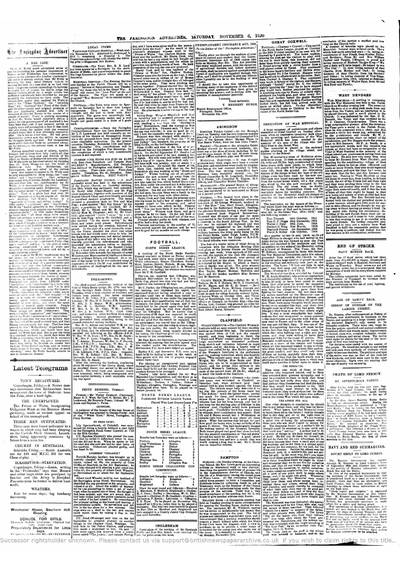 Faringdon Advertiser November 6th 1920
As well as the "Dedication of War Memorial" ​, on the same page we learn that the day before Coxwell had won away at Charney 5 – 0, goals from Broad and Shilton in the first half, a third from Sharpes before the rout was completed by Hams and a 2nd from Sharpes.

It’s possible that this was the same ex Staff Sergeant Shilton who marched from the Post Office with 13 others to act as a guard of honour at the memorial and who met the Vicar, Rev. W Boldero, and Colonel W.H. Ames who was to unveil to memorial. 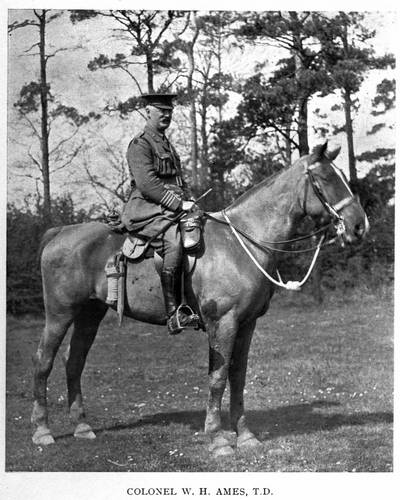 Colonel W.H. Ames, TD
​Ames came from nearby Bourton and had served in France, from May 1916, having raised the 2nd line of the 4th Oxfordshire and Buckinghamshire Light Infantry.

His words are worth reading and give some insight into how people might have felt in those times,

The memorial itself was placed “in an enclosed garden abutting on the village street, and adjacent to the School”, the upper part newly made but resting on the base of the old village cross which had been recovered from the stones of the ruined house occupying the site where the memorial now stands.

According to the Berkshire Record Office the architect was G.H. Fellowes Prynne, who having lost two of sons in the war, and two others that were badly injured diverted his energies to designing war memorials. 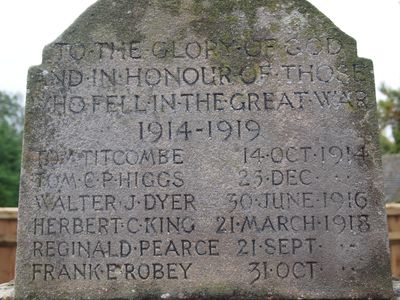 We move forward 98 years to 2018, 100 years after the Armistice, in remembrance of the soldiers of Great Coxwell the streets on a new development on land of The Steeds Farm have been named for them, and for the solders of the Second World War. The land formed part of the Parish of Great Coxwell before the development and the Parish Council were asked to name the streets, now called Fern Hill Gardens.

For more detail on each soldier, please click on their name.​ 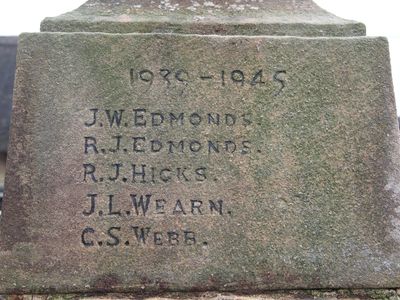 Great Coxwell War Memorial 1939 - 1945
If you are related to any of the Great Coxwell Soldiers, or have any other information to share please do get in touch using the contact form below, we'd love to add to their stories.

You can see details of our War Memorial on the following sites: